The Fierce Urgency of Now: Investing in Powerbuilding to Transform Our Housing Future 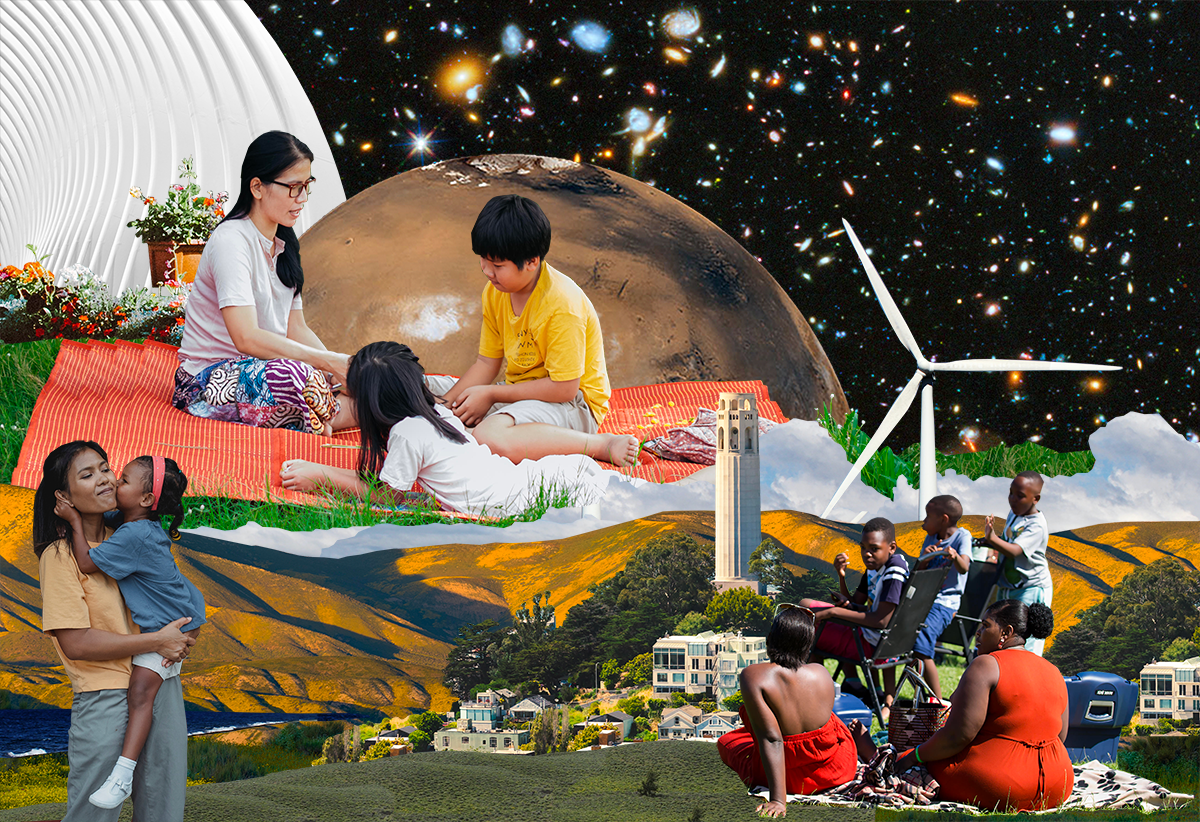 As the impacts of the coronavirus pandemic continue to unfold and exacerbate housing, land use, and development patterns that have historically marginalized low-income communities and communities of color, philanthropy can and must continue to play an important role in transforming the politics and policies that drive inequality in the built environment.

Throughout our tenure overseeing the Ford Foundation’s Just Cities and Regions program until its sunset in 2021, we witnessed the powerful work of national, statewide, and local coalitions working to reshape the underlying power dynamics and market forces that drive housing insecurity and instability. Our grantmaking recognized that moving the needle on the country’s housing crisis required more than simply producing more housing units or subsidizing people’s ability to access it. It required longer term investment in integrated civic engagement strategies that build the power of low income and people of color communities to bend the arc of development toward justice.

As practitioners committed to spatial and racial justice, we recognize the importance of investing in multiracial, multi-issue constituency-building efforts to build the coalitions necessary to counter the power of local real estate and development interests.

We recognize that, when it comes to achieving structural policy reform, strategies that build community power and strengthen civic engagement can have a profound impact.

Investments in integrated civic engagement and organizing strategies have generated marquee housing advancements across the country — from the elimination of single zoning housing in Minneapolis to historic renter protections in New York State. In New York, intentional multi-year investment in statewide organizing and coalition-building strategies fueled a diverse statewide coalition of racial, economic, and housing justice advocates including Upstate-Downstate Housing Alliance, Make the Road New York, Community Voices Heard, and New York Communities for Change resulting in game-changing victories across the state, including rent stabilization, right to counsel, good cause eviction, and protections for residents of mobile home communities.

From Louisiana to Puerto Rico, New York to Texas, we’ve also seen the urgency, necessity, and power of investing in organizing and civic engagement strategies to redirect billions of dollars in public investment to reckon with  the historic inequities faced by climate-impacted communities. In Harris County, Texas, for example, the Houston Organizing Movement for Equity (HOME) played a critical role in partnering with Harris County officials to reverse the traditional formula for allocating expenditures on flood protection, which historically focused on areas with higher property values and benefited wealthier and whiter neighborhoods. The year after Hurricane Harvey, HOME'S organizing and advocacy led to a $2.5 billion bond funding measure to support hundreds of flood-control projects and new spending to protect disadvantaged neighborhoods that would face the deepest challenges in recovery, including communities of color. In short, experience has taught us that long-term, philanthropic investments in organizing and civic engagement are essential for advancing structural change at a scale that meets the urgency of the moment.

We also recognize the urgency of investing in narrative and culture shift strategies to engage and activate broader constituencies for change.

Some have observed that the housing justice field has been too constrained in its imagination of truly big, bold solutions. Activating a broader constituency for change requires that we move beyond framing “housing” as an individual commodity or asset and reassert the centrality of “home” as a pillar of community health, wealth, and dignity. Intentional and integrated narrative shift strategies have the potential to accelerate the adoption of systemic reforms that protect tenants’ rights and ultimately generate national-scale housing justice that begins to address the scale of the housing needs facing our communities.

Creative narrative projects like the Rise-Home Stories Project, led by filmmaker Luisa Dantas, can help transform people’s understandings of housing, community, and land by changing the stories we tell about them. Over a two-year period, the Project brought a cohort drawn from issue-based organizations together with multimedia storytellers to make experimental work in a collaboration that was the first of its kind. All of the work produced — which included a video game, an animated web series, a bilingual children’s book, a podcast, and an interactive website — challenged inherited narratives about race, place, and power as they relate to housing insecurity. Narrative shift efforts like the Housing Justice Narrative project supported by Funders for Housing Opportunity in partnership with PolicyLink, Center for Community Change, and Race Forward can continue to not only advance change — but more importantly — challenge existing development paradigms (such as scarcity, individualism, and market dominance) that constrain public imagination about solutions to housing insecurity.

In confronting housing insecurity, structural change requires not simply better public policy or more private dollars, but a fundamental realignment of focus — civic, cultural, economic, and narrative — toward the communities that are most impacted. This requires philanthropy to focus not only on supporting innovation, advocacy, and service delivery through market-based systems, but on supporting the leadership of communities from the ground up. That will require a deeper shift in practice, from “consultation” or “engagement” to true community ownership over vision, strategy, action, and resources. Building scalable models of community control and alternate financing will be key.

Philanthropic investment has also helped seed longer term organizing and collaborative infrastructure in the housing field, such as the Alliance for Housing Justice, a table organized by Public Advocates, Right to the City, and PolicyLink that includes both traditional civil rights organizations and the organizing networks to coordinate and build cross-cutting housing justice strategy. National networks (like Right to the City, People’s Action, and PowerSwitch Action) support state and local-focused housing justice, advocacy, and organizing, and knit that locally grounded work into the roots of a national movement. Cross-philanthropy efforts have helped leverage resources to housing justice, organizing, and power-building led by the Black, Indigenous, and people of color communities who are most impacted, like the Greater New Orleans Funders Network, and the NYC-based Neighborhoods First Fund.

When grantmaking centers those who have experienced housing insecurity firsthand, it enables them to shape their own communities’ future. The Amplify Fund supports Black, Indigenous, and people of color and low-income communities as they organize around the places they live and work. And HouseUS fosters base-building, movement infrastructure, and working toward systemic change at the federal level. These funds are key to the future of housing justice.

Fueling a movement for housing justice.

On its own terms, housing is an essential ingredient of a healthy, functioning democracy and economy. Housing justice, then, is both a specific goal and a leading indicator of the overall health of our democracy — and of our national progress in creating the enabling conditions necessary for realizing the promise and potential of our multiracial democracy. After all, if people don’t have stable housing, how can we expect their meaningful and sustained civic participation?

We believe that any fight for democracy, civic engagement, racial justice, and a just, equitable, resilient economy must be attentive to building and understanding power, entrenched racial inequality, and identity in place. Philanthropy can play an important role in bringing together stakeholders, directing the conversation, and shaping the broader field to transform how the US understands housing, and  to fuel the movement for housing justice.

As a small contribution to this ongoing discussion, the Ford Foundation commissioned an independent overview and set of reflections on its Just Cities and Regions grantmaking from 2015-2021 which can be accessed here. We hope our colleagues in philanthropy and the broader housing justice field will draw on it to continue this urgent conversation and invest in the kinds of integrated civic engagement, advocacy, and power-building strategies necessary for advancing our new housing futures.