The power of community-driven vaccine campaigns, equality versus equity in pandemic response, school’s open but students stay home, and more, in this week’s Covid, Race, and the Revolution. 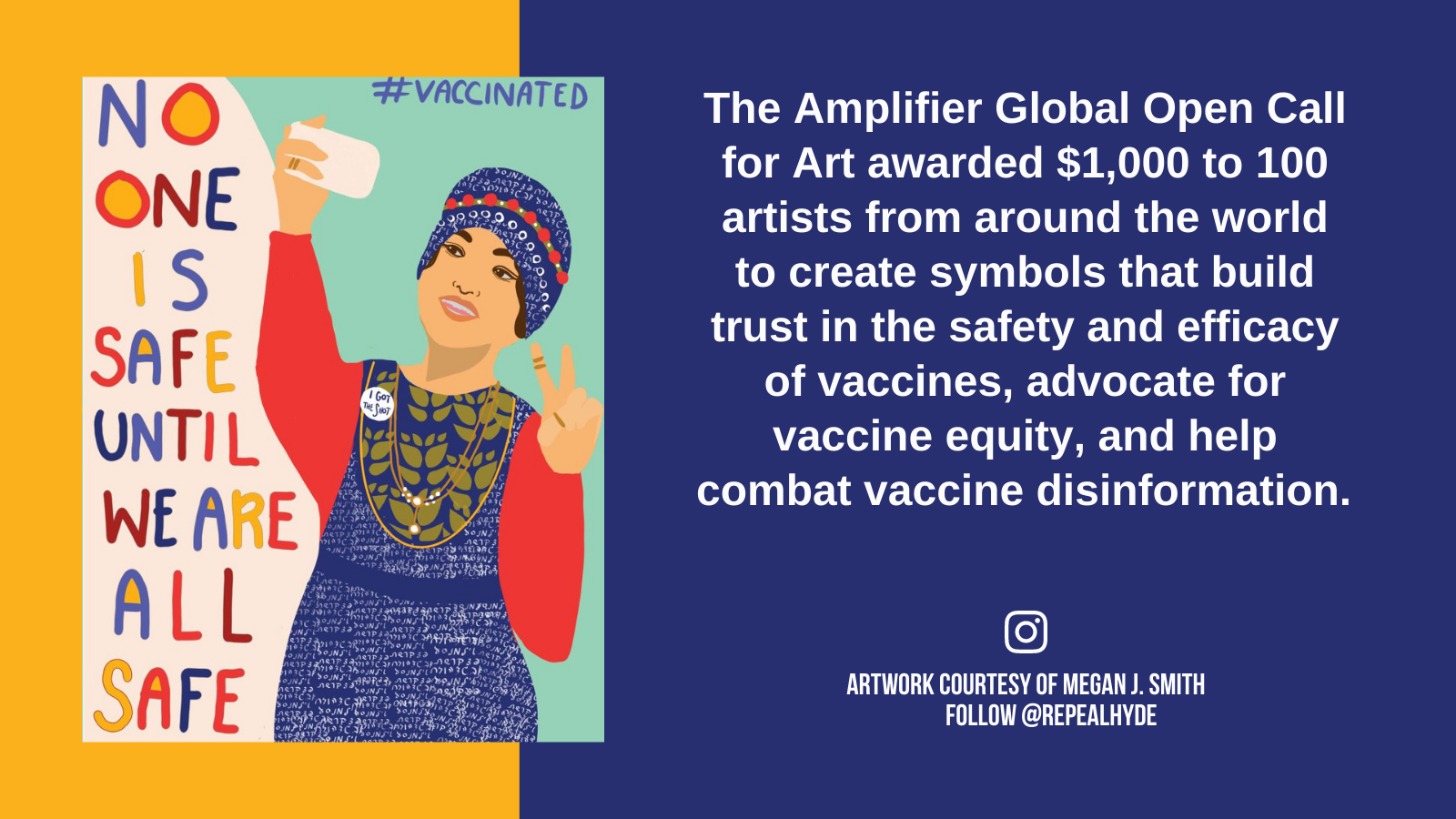 The power of community-driven vaccine campaigns

Community activism and outreach have been instrumental in driving up vaccination rates in communities of color and immigrant communities. New York City’s Asian population has the city’s highest vaccination rate by far — despite language barriers and fears of violence —  thanks to the dogged efforts of grassroots groups like Mekong NYC, a small nonprofit, serving Southeast Asian immigrants, the New York Times writes. Sixty-eight percent of Asian adults in the city have gotten at least one vaccine dose.

The Cleveland Department of Health is working with local firms to offer vaccines in popular businesses. The first partner is Urban Kutz, a Black-owned barbershop where vaccines have been offered on several Saturdays — no appointments necessary and no haircut required, WCPN reports.

A growing number of states are using incentives to encourage vaccination, according to the Washington Post. West Virginia will offer young residents $100 savings bonds to get vaccinated. Maryland will pay state employees $100 if they prove they’ve been vaccinated and promise to get any recommended booster shots. Virginia has said it will encourage inoculation in state-run prisons by offering commissary items and free credits to call or email loved ones.

As vaccine appointments decline sharply, officials across California are closing mass vaccination sites and promising to improve access for working, low-income, and homebound people by expanding night and weekend hours, dispatching mobile clinics, and providing transportation to sites, the Los Angeles Times writes. Young Black and Latinx young adults, who are disproportionately dying of Covid, have the lowest rate of vaccination in Los Angeles County, according to the paper. Only 18 percent of Black men and 20 percent of Black women ages 16 to 29 have received at least one shot of the Covid vaccine, compared with 24 percent of Latinx men and 31 percent of Latinx women in that age group; 43 percent of White men and 51 percent of White women; 43 percent of Native American men and 53 percent of Native American women; and 57 percent of Asian American men and 65 percent of Asian American women.

Public health officials and faith leaders are trying to boost vaccination rates among Latinx evangelicals, the Washington Post reports. Evangelicals in general express a high degree of skepticism about the vaccine. About a third of Latinx people in the US who identify as evangelical say they will probably or definitely not get Covid shots.

Equality versus equity in pandemic response

More than a year into the pandemic, we still don’t know how many Black, Latinx, Native American, or Asian American people have gotten sick, died, or been vaccinated, Ibram X. Kendi writes in The Atlantic. While many states report racial data that reveal Covid-19’s stark disparities, they don’t collect the data the same way or disaggregate it in every case so it’s impossible to know what the toll has been. “We have been given a crash course on the distinction between equality and equity — on when we need equality, on where we need equity,” he writes. “When it comes to human value, we need equality. Equality is valuing all phenotypes, ethnicities, and cultures equally.” We also need data equality — “collecting and reporting every single variable of the identity of every single American every single time they receive medical care.” But on policy, we need equity, not equality. “Policy equality only replicates and amplifies the inequality that is there from the start. Policy equity, on the other hand, repairs that inequality.” The nation has yet to achieve data equality or policy equity in its pandemic response.

Researchers increasingly suspect that the racial inequities that have played out in Covid testing, care, and vaccination now extend to the treatment of “long Covid” — the often debilitating health problems that linger after a coronavirus infection, Stat reports. But here too, there is no good racial and ethnic data on who has been diagnosed, who has access to the specialized clinics opening around the country, and whose complaints are dismissed by doctors.

LGBTQ advocates have voiced concerns throughout the pandemic about the lack of data on the impact of Covid in their community. Many now fear that without greater visibility, they are at risk of being overlooked in vaccination campaigns, the New York Times reports. Few states collect data on the sexual orientation or gender identity of vaccine recipients, or of Covid patients. Such data would shed light on disparities and pave the way to targeted messaging and equitable resource allocation. But data collection on sexuality and gender is controversial within the LGBTQ community. Some worry that privacy violations or data misuse could harm people who have historically been pathologized and vilified by the medical establishment and still face barriers to care.

The Biden administration on Monday restored an Obama-era rule that explicitly protects gay and transgender people from discrimination in health care.

A new analysis estimates that 905,000 people have died of Covid in the US, Stat reports. That’s 61 percent higher than the death tally reported by the Centers for Disease Control and Prevention and more than died during the 1918 flu pandemic. The analysis suggests that 6.9 million people have died worldwide, more than double the official count.

What’s behind the worker shortage?

As the US economy rebounds and some employers say they’re having trouble filling jobs, a growing number of Republican governors are blaming the safety net and rejecting increased unemployment benefits in hopes of forcing people back to work. Alabama, Mississippi, Montana, South Carolina, and Arkansas have announced they will turn down federal money and leave the program in June, even though unemployment remains high, CBS News reports.

Research early in the pandemic debunked the idea that a boost in unemployment benefits discourages people from working. Federal Reserve Chairman Jerome Powell has pointed out that if demand for workers exceeded supply, wages would increase — yet wage growth has remained flat, Huffington Post writes. In the New York Times, Paul Krugman argues that if unemployment benefits were really blocking hiring, low-wage sectors such as hospitality and leisure would be struggling the most, because the benefits are generous relative to wages. Yet, those sectors have made the biggest gains, while high-wage industries lag.

So what’s keeping people out of the labor force? The evidence isn’t clear, but Mother Jones notes that many still fear Covid exposure, some can’t find jobs equivalent to those they lost, and many people, women especially, have to tend to children because schools haven’t fully reopened or day care arrangements have fallen apart.

Despite high-profile cases like George Floyd’s, most people shot to death by police get little or no national attention — and that’s especially true for Black women, who are far more likely to be killed by police than other women, according to an analysis of Washington Post data by FiveThirtyEight. Women account for less than 4 percent of deadly police shootings; 20 percent of the victims are Black, though they make up only 13 percent of women in this country. At least 51 Black women have been killed since 2015 — in most instances, with only limited coverage in the press or social media. “Mainstream narratives are often still written by men or are tailored toward a male perspective,” Keisha Blain, a history professor at the University of Pittsburgh, told the website. “For these reasons, among others, Black women’s experiences with police violence are too often marginalized.”

After pledging to slash $1 billion from the New York City law enforcement budget in the wake of the racial justice uprising last spring, Mayor Bill de Blasio cut less than half that amount, and his budget for next year calls for increased police spending, Bloomberg CityLab reports. Other cities, including Minneapolis and Seattle, have fallen short on promises to reimagine policing and divert substantial police funding to mental health and community services.

The pandemic spurred calls to release prisoners, as the virus ripped through facilities last year. But the lack of investments in reentry support, health care, housing, jobs, and education made it impossible to release people en masse and relieve dangerous, overcrowded conditions behind bars, Cassie M. Chew reports for the Center for Health Journalism. Illinois was among the states that responded by imposing monthslong prison lockdowns. As the state looks to lessons learned from the pandemic in charting a path toward recovery, no legislation has been proposed to shore up services for people returning from prison and improve reentry outcomes.

From the day they’re born, Americans encounter the stark racial disparities that have been on full display throughout the pandemic, according to a new report released by the nonprofit ZERO TO THREE. Babies have always faced vastly different opportunities to grow and thrive based on race and neighborhood, but disparities in health care, maternal mental health, food security, and other critical areas have worsened, especially for Black and Brown babies. “Because our nation has ignored the needs of young children for decades, Covid-19 was free to wreak havoc on the conditions that contribute to our babies’ development and our families’ stability,” said Myra Jones-Taylor, chief policy officer of ZERO TO THREE.

The overwhelming majority of schools are open, at least part time, but many students — and a majority of those who are Black, Latinx, or Asian American — have not returned, the New York Times reports. The main driver doesn’t seem to be fear of the virus or love for remote learning, but systemic barriers and family adjustments over the past year that make it challenging to go to school. “Teenagers from low-income families have taken on heavy loads of paid work, especially because so many parents lost jobs. Parents made new child care arrangements to get through the long months of school closures and part-time hours, and are now loath to disrupt established routines. Some families do not know that local public schools have reopened, because of language barriers or lack of effective communication from districts,” reporter Dana Goldstein writes.

At Irene C. Hernandez Middle School in a predominantly Latinx area of Chicago, the school day starts with mindfulness and an emotional check-in, NPR and Illinois Public Media report. It’s an example of how schools are helping students reestablish classroom relationships and routines. The latest federal Covid relief package includes $122 billion for K-12 schools, some of which can be used to hire more counselors, social workers, and psychologists to help children heal after a year of trauma and disruption, and recover lost academic ground.