In Milwaukee, one in eight renters — disproportionately people of color — are evicted every two years, and this alarming trend is playing out across the country. In his eye-opening new book, Evicted: Poverty and Profit in the American City, Matthew Desmond documents the devastating consequences for families, communities, and the nation. He argues that housing security must be part of a policy agenda to eliminate poverty and build an economy that works for all.

Desmond, a sociologist and urban ethnographer, spoke with Kalima Rose, senior director of the PolicyLink Center for Infrastructure Equity and co-author of Healthy Communities of Opportunity: An Equity Blueprint to Address America’s Housing Challenges. This report, released today by PolicyLink and The Kresge Foundation, explains how health, housing, and economic security policies must be aligned to achieve equitable housing outcomes.

Q: How widespread is eviction and who is most affected?

A: In Milwaukee, if you look at only formal court-ordered evictions, you learn that about 16,000 people are evicted every year in that city. That’s about 40 people every day. We’ve crunched court-ordered eviction numbers in other cities, and Milwaukee is no outlier. New York processes about 60 marshal evictions every single day.

These numbers are startling and very troubling, but these are just court-ordered evictions. If you add landlord foreclosures and building condemnations, then you learn that every two years about one in eight renters in the city of Milwaukee is evicted. Mothers in low-income African American communities, in particular, are evicted at incredibly high rates. Among Milwaukee renters, about one in five Black women report being evicted versus one in 15 White women. This is a nationwide epidemic.

Q: Why do evictions hit families with children especially hard?

A: Children often are the reason families get evicted. When I started this work, I thought that having kids would shield you from eviction. But families living with kids have three times the odds of receiving an eviction judgment in eviction court, even controlling for arrears. What you’re seeing in that discrepancy is the landlord’s discretion. Some landlords are choosing not to work with families with children — because children can be hard on the landlord’s bottom line. Then kids often prolong the time you're homeless after your eviction because family discrimination is still real. I saw families get turned away quite a bit for having kids.

If we want to give children a fighting chance to realize their full potential, we have to provide them stable, affordable housing. You don’t just lose your home when you're evicted. You often lose your school and your community and your possessions. This massive instability has broad-reaching consequences.

A: We know that when you get out of prison and you have a criminal record, it can really affect your life. It can affect your success in the job market and your access to certain forms of public aid. An eviction record works the same way. It can bar you from receiving public housing, which means we’re still systematically denying housing help to people that most need it. It can bar you from accessing a decent place to live in a safe neighborhood, because many landlords turn away families with a recent eviction. There’s a kind of gender discrepancy that mirrors incarceration.

There’s also a policy story where they move in lock step. We have had massive investment in public housing over the last three decades, but it’s been in the form of prisons. Some governors reallocated money for public housing to build more prisons. So there are more connections than one would think that link mass incarceration and the lack of affordable housing.

Q: Your book draws distinct pictures of neighborhoods — from trailer parks to White, Black, or Latino enclaves in Milwaukee. What are the forces driving segregation in the city?

A:  The White folks I spent time with that were evicted from a trailer park didn’t even consider moving to the North Side of the city, the predominantly African American inner city. But even though they amputated a large section of the city from their possibilities, they still had an easier time finding housing than the African American folks that I spent time with. It’s a story about the salience of discrimination. It’s a story about how race still matters, even at the very bottom of the market.

Q. What does this mean for building strong communities of opportunity?

A: Unless we provide families a shot at investing in a community, it’s going to be really hard for them to make a difference on their own streets and their own blocks. There are some neighborhoods in Milwaukee that have a 10 percent or 15 percent eviction rate. Those conditions turn neighbors into strangers. They disrupt the social fabric of neighborhoods. We know from previous research that if neighbors get together and work hard on local issues they can make a huge difference. Programs to stabilize housing would stabilize communities, too.

A: There needs to be more attention paid to the role that housing is playing in poverty. When most politicians on either side of the aisle are asked about what to do about inequality or poverty in the United States, they usually start with a focus on jobs. That’s only part of the solution though. I don’t think we can fix poverty if we don’t fix housing.

Eviction is not just a condition of poverty, it’s a cause of it. It’s linked to job loss, mental health issues, school instability, loss of possessions, homelessness, and moving into worse neighborhoods. It’s fundamentally recasting people’s lives in a more difficult way. But we also have to ask ourselves a question about who are we as a nation that allows this level of inequality, this level of blunting of human capacity, and this degree of social suffering. I don’t think there’s any American value that justifies this situation. 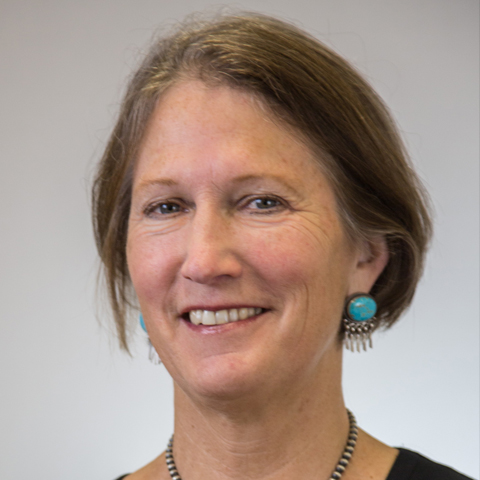