As the 10-year anniversary of the subprime mortgage crisis nears, recovery continues to be uneven, with low-income communities and communities of color facing the steepest climb toward economic stability. In Chicago, foreclosures devastated many Black neighborhoods on the South and West Sides, leaving behind blighted, vacant houses that could remain trapped in the court system for years.

Facing a struggling housing market and communities in crisis, local officials and grassroots organizers in Chicago have rallied to rebuild, forging new policies, organizations, and partnerships that not only reinvest in struggling communities of color, but reenvision community ownership and power.

"The foreclosure crisis may have ended, but there's still a vacant housing crisis, there's still an assessment bias for homes in communities of color — a lot of the things that exacerbated the housing crisis are still in play, and it will take collaborative efforts with the community to address them," said Bridget Gainer, commissioner for the Cook County 10th district and chairwoman of the Cook County Land Bank.

The ongoing recovery in Chicago's housing market has been shaped by a patchwork of city and community efforts. Here we highlight three aspects of these efforts: the Chicago Anti-Eviction Campaign, a movement that gained notoriety when members took over vacant homes for use by homeless families; the Cook County Land Bank, which acquires vacant properties caught in the foreclosure process and makes them eligible for rehab and resale; and a burgeoning land trust run by the Chicago Community Loan Fund that aims to increase available affordable housing.

Owning a home can be one of the strongest wealth-building opportunities for American families, allowing them to secure equity that often appreciates over time and can be passed on to future generations. At the same time, this lever for economic stability has historically been denied to communities of color through racist policies like redlining, and the legacy of this prejudice persists today through discriminatory practices in real estate and lending.

Though homeownership among people of color in the U.S. had been on the rise by the turn of the 21st century, the subprime lending crisis (which targeted people of color and their neighborhoods) undid decades of progress: During the Great Recession, Hispanics lost 66 percent of household wealth through foreclosure and African Americans lost 53 percent, while Whites lost only 16 percent. In Chicago, nearly half of African American families owned homes before the recession; by 2016, only 39 percent did.

This drop in homeownership didn't just affect the people who were evicted. It also crippled the housing market in their communities as properties became tied up in an overwhelmed court system, and long-vacant homes attracted crime and drove down neighborhood property values.

"The recession flooded the court system with foreclosures in Cook County," said Gainer. "You had a system that was used to processing 15,000 foreclosures a year now processing 50,000, and there simply weren't the resources to deal with it."

By 2013, Chicago had 33,902 vacant homes, with vacancy rates of up to one in six properties in some census tracts in low-income South Side neighborhoods. Though banks are legally required to maintain foreclosed properties, this seldom happened in communities of color. A 2014 study found that foreclosed properties in communities of color in Chicago were nearly four times as likely to have unsecured, broken, or boarded doors compared to those in White communities. The injustice of lenders evicting families from their homes only to leave those homes unused for months or years drove William "J.R." Fleming to found the Chicago Anti-Eviction Campaign in 2009.

"It was disgusting how the banks were getting away with so much — evicting families, not taking care of the properties, letting them amass fines for years," Fleming said.

At first, members of the Campaign focused only on preventing evictions — standing in front of houses to physically prevent the eviction process and providing legal aid to families fighting in court. They later garnered national attention, however, when they began a new tactic: occupying and repairing blighted properties for use by local homeless families. In every case, they received permission from neighbors, though they did not have legal rights to the homes.

These bold actions made it impossible for other local leaders to avoid addressing the broken and bloated foreclosure process. According to Gainer, "Their methods were controversial, but they played a crucial role in hitting the pause button."

Helping the housing market rebound in South and West Chicago

When it became clear that the court system was the bottleneck keeping so many houses vacant, the Cook County Commissioner's Office began strategizing ways to expedite the process of getting vacant houses back on the market.

"You'd think it would be easy to get access to a house that's in foreclosure if you want to rehab and resell it, but the reality is that it's very difficult and time-consuming and many small developers simply didn't have the legal resources or the capital to do it," Gainer said. "We had community members complaining that we had too many vacant homes and too many unemployed people in the same neighborhoods, so we thought, why not create local jobs and rehab the houses at the same time?"

Leveraging $4.5 million in settlement money from a federal case against subprime lenders, Gainer worked with Fleming and other community organizers to adapt a land bank model from Flint, Michigan. In 2013, the Cook County Land Bank Authority was created to acquire properties caught up in the court system, clear them of back taxes and other fines, and make them more accessible to local developers of color. Gainer noted that while the Land Bank has no official quotas regarding the affordability of the properties or the diversity of its developers, it does the majority of its work with Latino and African American entrepreneurs working in communities of color on the South and West Sides. It also prioritizes projects that result in owner-occupied (not rental) properties and those that expand developer businesses, thus creating jobs. This month, the Land Bank hopes to finish the rehab of its 200th home. It has 186 more currently under construction and 300 in the court system pipeline.

Jason Williams, co-owner of Ultimate Real Estate Group, has rehabbed several Land Bank properties in South Side and Washington Heights, and credited the land bank as a "big reason" that many of these neighborhoods are turning around after the crisis.

"When you do a home or two, it changes the whole block," said Williams, who noted that most of the properties are being purchased by young professionals.

Though Chicago represents the largest land bank by geography, Gainer pointed out that the land bank model could be useful to cities and counties anywhere. "This isn't a magical thing that happened in Chicago, anyone can do this," she said. "It's a way to put the power of property back in the hands of the community, not the courts."

By helping to stem the backlog of foreclosed houses in Chicago's low-income communities and communities of color, the Land Bank put the Chicago Anti-Eviction Campaign in the interesting position of having less to protest. But the Land Bank's efforts to combat blight, while critical, only address part of the problem, Fleming noted, leaving the underlying issues of housing affordability, gentrification, and housing insecurity untouched. This is why the Campaign is exploring other models for intervention that have an explicit focus on community ownership and affordability.

"We want to have a strong emphasis on community-controlled development," Fleming said.

Over the past couple of years, Fleming and other local housing advocates have been working with several nonprofit and private partners to pilot a land trust that will acquire, rehab, and sell foreclosed or blighted homes in high-opportunity neighborhoods as affordable housing stock. In 2015, Bank of America granted $1 million to a local community development financial institution, Chicago Community Loan Fund (CCLF), to support the creation of land trusts in Cook County.

Since then, the Chicago Anti-Eviction Campaign, Action Now Institute, and Greater Southwest Development Corporation have partnered with CCLF to explore models for this project and identify properties and community residents who might inhabit them. This partnership hopes to eventually acquire 50 foreclosed and/or blighted homes, beginning this fall.

"Housing is one part of economic development, but it impacts so many other things," said Ghian Foreman, executive director of the Greater Southwest Development Corporation. "It's like an ecosystem, and it's going to take public and private investment working together to bring back underserved communities." 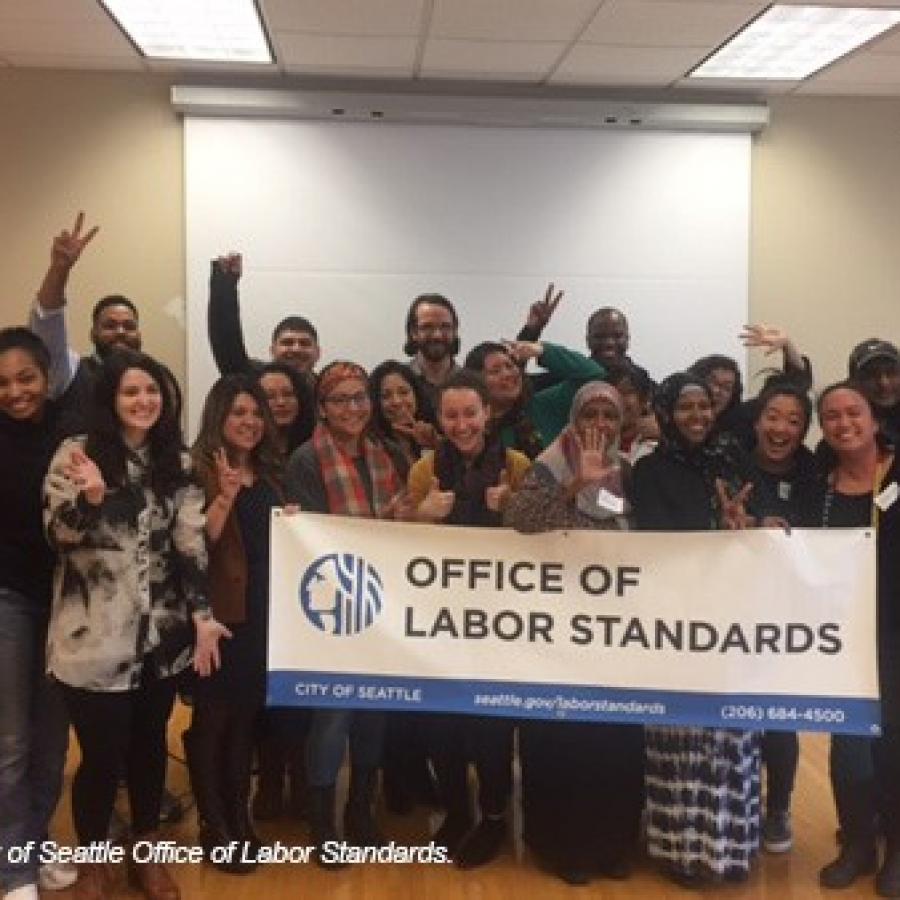