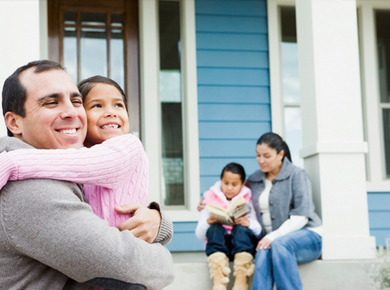 Strong and effective fair housing laws are essential for building prosperity — for people struggling to get by, for local and regional economies that benefit from thriving communities, and for the nation as a whole. That’s why a proposed rule by the Department of Housing and Urban Development is so important. As inequality soars and neighborhoods of concentratedpoverty are on the rise in most American cities, the rule would push municipalities to deliver on the promise of fair housing. By helping to connect low-income families to neighborhoods of greater opportunity, the rule has the potential to spur economic growth not only within these households, but within cities and regions.

The rule, due out this summer, is called Affirmatively Furthering Fair Housing (AFFH). It would sharpen the tools that equity advocates and public sector leaders can use to increase investment in high-poverty neighborhoods, fight racial discrimination in the housing market, and add more affordable housing choices in neighborhoods with jobs, good schools, and other essentials. It would do this in three important ways:

(2)  It would require a data-driven analysis (an "assessment of fair housing") of community conditions and impediments to fair housing, including factors that contribute to areas of racially concentrated poverty and high unemployment (e.g., school performance, transportation access, and toxic exposures).

(3)  It would require jurisdictions to tie federal funding — such as Community Development Block Grants and HOME funds — to addressing the fair housing challenges that are identified.

Taken as a whole, the proposed rule would mean that cities, counties, and states must be proactive to ensure all people can live in neighborhoods where they have access to the opportunities and resources we all need to succeed.

This rule is long overdue. It will help turn around the lasting negative impacts of historically discriminatory practices that contributed to the creation of poor neighborhoods of color, and it will reduce barriers that cut millions of Americans off from economic opportunity. This rule can be a powerful tool to advance equitable economic growth for the nation, and here are five reasons how:

(1)  Reducing growth-limiting racial and economic exclusion: Research shows that families living in disinvested and low-income communities have limited economic mobility and reduced future earnings. This effect creates generational cycles of poverty and limited opportunity: For example, two-thirds of Black children raised in the poorest quarter of U.S. neighborhoods a generation ago are now raising their children in similarly poor neighborhoods. This proposed rule has been proven to help direct more investment to neighborhoods that need them and help low-income families move to neighborhoods with more resources. Both the Puget Sound and the Twin Cities regions built off of their fair housing assessments – part of a pilot for the proposed AFFH rule – to focus new infrastructure investment in Native American, African American, African immigrant, Latino and Southeast Asian communities in need of investment. When St. Louis conducted a fair housing assessment, the city foundthat Housing Choice Vouchers were being used primarily in low-income neighborhoods where there were few jobs and community amenities. This assessment helped the city revamp its program to help residents find diverse housing choices that better met their needs.

(2)   Connecting people to job opportunities: By encouraging more job investments in high-unemployment communities and promoting transit investments that connect these communities to jobs elsewhere, this rule would help people previously isolated from employment opportunities better engage in the regional workforce and contribute to local economies. For example, Puget Sound used its fair housing assessment to strategically plan for a new food distribution hub and job incubators within historically disinvested neighborhoods where job growth was needed. And a New Orleans assessment that found transit was not serving late-shift schedules for hospitality and healthcare workers led to realignment of services to better meet low-wage, transit-dependent workers’ needs.

(3)  Creating jobs: Places that support the development of quality affordable housing and new infrastructure in disinvested neighborhoods also create new jobs both in the short- and the long-term for communities. The National Association of Home Builders estimates that building 100 affordable homes can lead to the creation of more than 120 jobs during the construction phase and roughly 30 jobs in a wide array of service industries once homes are occupied. When coupled with job training, inclusive hiring and contracting practices, and provisions for good wages and benefits, these jobs can help put low-income and unemployed residents on a pathway to good careers and financial stability.

(4)  Attracting new employers: Lack of quality affordable housing that connects to transit makes it more difficult for employers to recruit and retain employees, putting the local economy at a competitive disadvantage. In a national survey of more than 300 companies, 55 percent of large companies reported an insufficient level of affordable housing in their area, and two-thirds of these respondents cited this shortage as negatively affecting their ability to hold onto qualified employees. Other survey data suggests that affordable housing availability plays an important role in where new businesses decide to build or expand their operations. In Boston and Chicago, fair housing assessments helped these cities support new affordable homes around growing job centers in order to attract more employers to the area.

(5)  Providing low-income families with more disposable income to invest and save: The disproportionate housing burdenon low-income communities and communities of color makes it hard for them to save for emergencies, make long-term investments, or spend money within the local economy on necessary goods and services. Affordable rent and mortgage payments, and access to affordable transportation, can substantially decrease household costs, in some cases by as much as five hundred dollars a month. When families can save on housing and transportation costs, it bolsters their resiliency and financial stability and allows greater spending on health care and education. These investments contribute to greater stability not only for these households, but for the broader economy: a recent study found that every extra dollar going into the pockets of low-wage workers actually adds about $1.21 to the national economy.

The Affirmatively Furthering Fair Housing rule is powerful only if we understand it and put it to use. Learn more about the rule in our upcoming webinar.