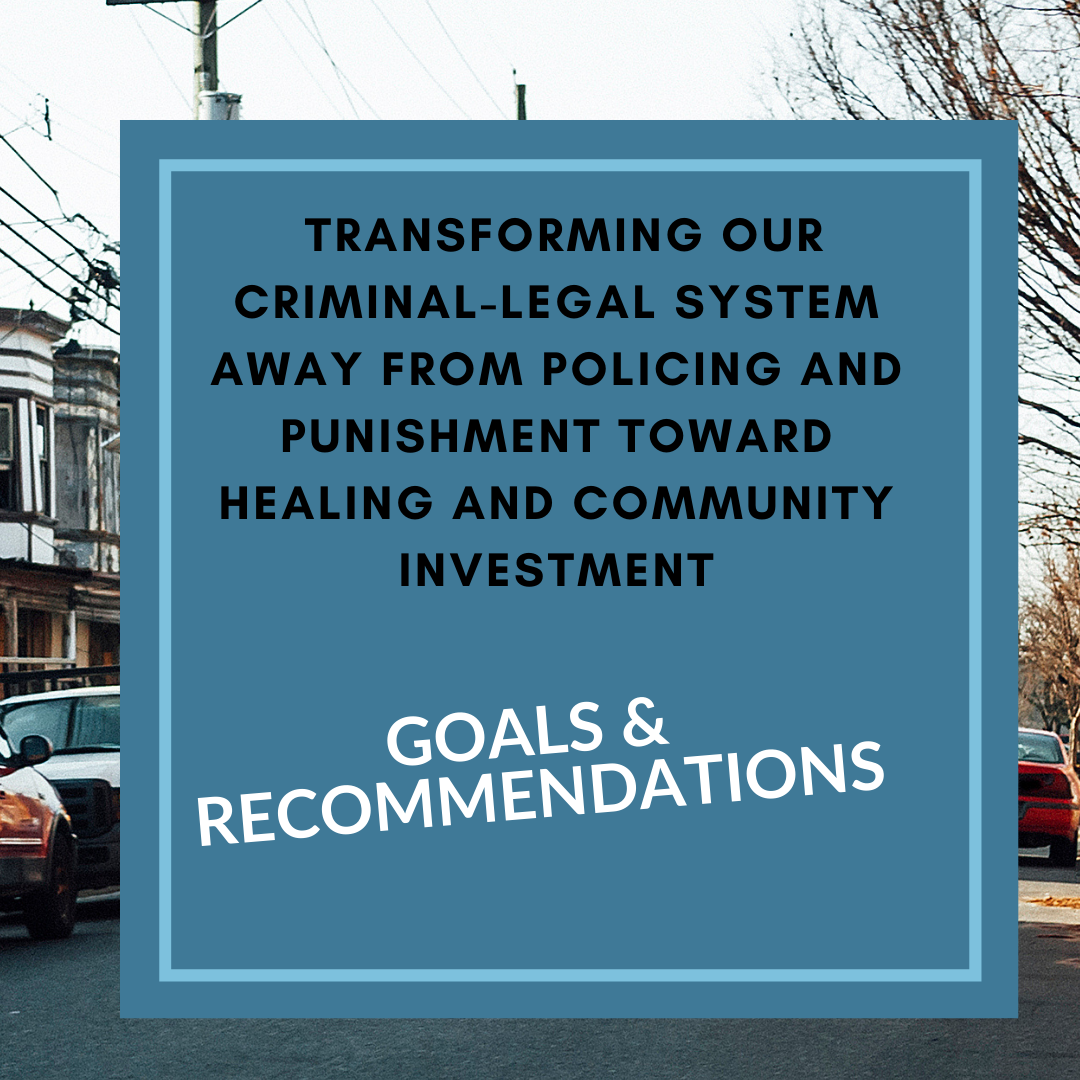 The federal government has fueled a crisis of criminalization and incarceration in the United States through its failed, decades-long strategy of punitive policies — spending on police, jails, and prisons and a broad expansion of the carceral system’s reach — all while cutting and slowing investment in the social safety net. This approach destabilized communities, separated and destroyed families, and ensnared generations of children in the school-to-prison pipeline.

The United States now spends upwards of $180 billion per year on policing, jails, and prisons, with major cities spending anywhere from a third to more than half of their entire general funds on police departments alone. Instead, we could be adequately funding essential needs that actually keep us safe, such as health, housing, infrastructure, and education.

Several harmful federal bills, including the Violent Crime Control and Law Enforcement Act of 1994 — better known as the ‘94 Crime Bill — contributed deeply to our current crisis of incarceration, policing, and criminalization, destabilizing an entire generation of families in the United States with a particularly destructive impact on Black communities. By endorsing and financing ineffective and damaging policies and practices at the state and local levels, these bills encouraged the growth of police and prison infrastructure while failing to prioritize upfront investments in education, economic opportunity, housing, and other social services that would have increased public safety, particularly in under-resourced communities.

Now is the time to commit to a new vision for justice that addresses the impacts of this legislation. And our country is asking for such change. Even former Vice President Joe Biden, the author of the bill, has stated previously that there are components he would change. It is time to transform the criminal legal system, decarcerate the United States, and invest billions of dollars into the communities most impacted by policies of mass criminalization and mass incarceration. This can be accomplished by dismantling the harmful provisions of the 1994 Crime Bill and other such bills and replacing them with new bills developed with the participation of the people most harmed by systems of policing, criminalization, and incarceration, including those listed below.

It is imperative to protect the 2.3 million people in the US who are exposed to overcrowded and unsanitary conditions in prisons and jails, which have become hotspots across the country for Covid-19, infecting tens of thousands and killing hundreds of people. Addressing this crisis will also mitigate further spread of the virus as people in prisons and jails interact with staff and other visitors, which would also free up financial resources that can be dedicated toward much-needed health and economic investments. Specifically, the federal government should:

Those who have been pushed to the margins deserve so much more than to just survive — they deserve to thrive. We have the chance to shift our justice and safety paradigm to one of community investment, healing, and restoration and away from punishment and mass criminalization. This is a historic moment for our nation that requires a historic response. Federal leaders must seize the current moment by committing to fully transforming the criminal-legal system.